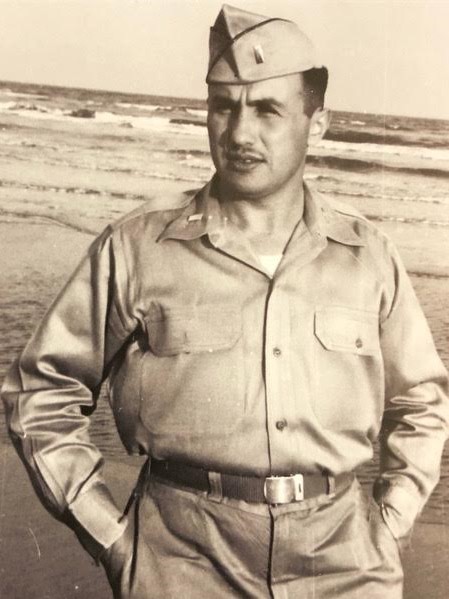 The East Valley Veterans Parade is honored to announce the selection of Captain Alexander White, M.D. as its 2021 Grand Marshal. Born in 1923, in Krosno, Poland near the Ukraine/Slovakian borders, White is a survivor of the Holocaust – the only survivor of his immediate family; everyone else was murdered by the Nazis.

As a teenager, Alexander lived through the liquidation of the Krosno Ghetto, then spent a year in the Luftwaffe Labor Camp and six months in the concentration camp at Krakow-Plassow. In October 1944, Alex’s name appeared on a list of workers assigned to German industrialist Oskar Schindler. At the time, Schindler was relocating his factory from Poland to the Sudetenland to avoid advancing Soviet armies. Alex surmises that he ended up on Schindler’s list because his profession was listed as a glazier and painter. His specialty in glazing made him a rare commodity. Upon arrival at Schindler’s factory, he was assigned to a small area of the factory to work as a glazier. Alex survived the last months of the Holocaust at Oskar Schindler’s camp in Bruennlitz, Sudetenland and he was liberated on the last day of the war in Europe, May 8, 1945, from Schindler’s camp (as shown in the movie, Schindler’s List).

After liberation, he made his way to Germany where, in 1950 as a refugee, he earned a medical degree from the University of Munich. Soon thereafter, he immigrated to the United States. In 1953 he married Inez Libby, a Chicagoan, and joined the United States Army. He received a commission as a First Lieutenant and completed his Medical Field Service School at Ft. Sam Houston in Texas.  From 1953-1955, he served as a medical officer at USA Hospital at Ft. Leonard Wood in Missouri. He was honorably discharged as a Captain in the United States Army Reserves at the end of 1955.

Alex moved his young family (wife and two children, soon to be three) to Chicago where from 1956-58 he was a full-time faculty member of the Chicago Medical School. He worked in a private practice in the area for close to fifty years while continuing to teach at the Chicago Medical School as an Associate Professor as well as a voluntary faculty member of Cook County Hospital.  He retired to Scottsdale in the late 1990s, where he has become active in veteran affairs, becoming a member of the Arizona Veterans Hall of Fame. At just 98 years young, Alex relates that he remembers his military years with fondness, especially the camaraderie, and often wished he had never left the service. 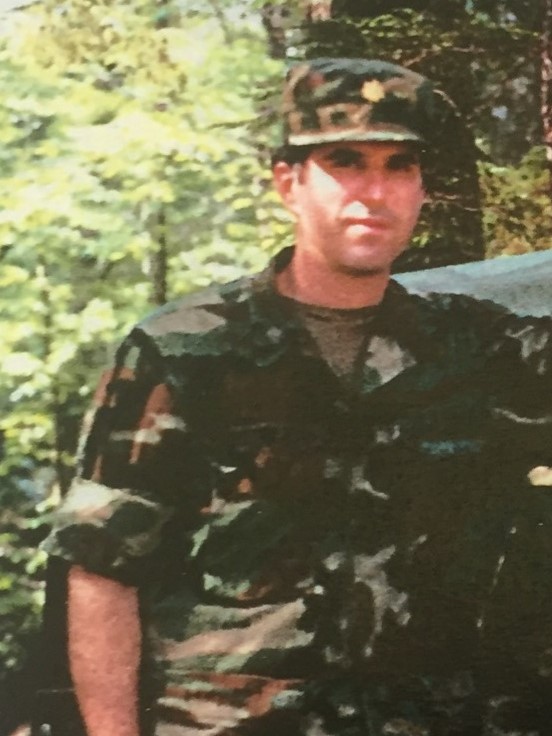 Our 2021 East Valley Veterans Parade Army representative is Lieutenant Colonel Barry Rosenblatt, DMD.  LTC Rosenblatt began his military career in the United States Army in 1972 at the age of 24.

He served in the medical corps where he performed advanced trauma surgery as a dentist, engaged in helicopter medical evacuation, and trained others in setting up mash units. His assignments included Keller Army Hospital in West Point, New York, Fort Belvoir, Virginia, Camp Drum, New York, and Fort Devens, Massachusetts, and Germany. Barry served 20 years in the U. S. Army, four in Active duty and 16 in Reserves.

Barry has found these creative outlets have given him many new skills.  In addition to helping him with focus, Barry feels a sense of accomplishment and pride with every new piece of art he creates.  Barry’s joy is evident when viewing his art, as each piece is filled with vibrant color.  The social interaction with other Veterans in the Arizona art program has been helpful and fun.

Barry has had several juried art exhibitions in the Phoenix area.  He and his professional artist wife, Susan Paige, have an art gallery in downtown Mesa at 101 W Main St., which is open to the public on Saturdays from 10-3.

Barry resides with his wife, Susan, in Mesa. 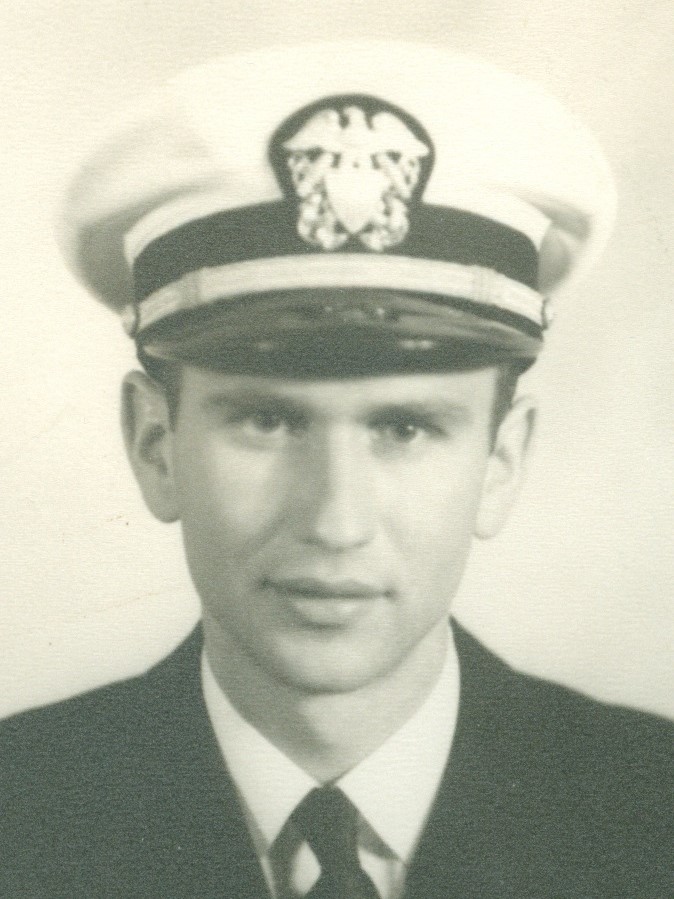 Representing the Navy for 2021 is Ensign Oakley J. Ray. Ensign Ray was born in Gilbert, Arizona on July 27, 1920, and grew up in Mesa graduating from Mesa High School in 1938.

As a young man, after serving a mission for the Church of Jesus Christ of Latter-Day Saints, he attended college where he joined the Navy Officer’s Training Program. He received his accounting degree from Arizona State Teachers College, now Arizona State University. In 1943, his college degree in accounting landed him a position as payroll officer on the naval ship USS Estes where Admiral Blanding directed the softening of the Island Hiroshima before the landing troops arrived. From this ship, Oakley watched the raising of the flag on Hiroshima.  He served until the war ended in 1946.

Oakley returned to his wife Janet Andersen in Mesa where they raised their 10 children.  Oakley graduated from University of Arizona with his Juris Doctorate in 1952. As Mesa High School Senior Class President he organized class reunions nearly continuously until 2018 when they concluded with their 80th-year class reunion attended by three loyal Mesa High School graduates. 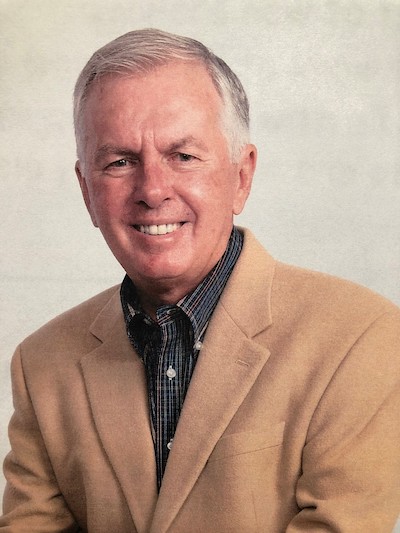 The 2021 Marine Corps representative is Corporal Sam Ingram. Corporal Ingram enlisted on October 18, 1961. He considers this day and the decision to enlist to be the most profound decision of his life. He attributes his many successes in life to the skills, grit, and determination he acquired during his time as a Marine.

He took the oath in Los Angeles, California, graduating from boot camp at MCRD, San Diego so he was referred to as a “Hollywood” Marine, and he’s proud of it! After boot camp, he was assigned to the 1st Marine Division at Camp Pendleton, California. He sailed to Cuba twice, with both the 1st and 2nd Marine Corps Divisions. Along with the 3rd Marine Division, he sailed to Okinawa and later to Vietnam. Corporal Ingram was squad leader for his Infantry unit that regrettably lost eight men while in-country. Corporal Ingram was unharmed and on February 18, 1966, he was discharged at the rank of Corporal E-4.

After his discharge, he attended university and graduated with a BSBA degree majoring in Accounting.  He operated his own accounting practice for 34 years before retiring. Sam is a member of the Mesa HoHoKams, a local group of civic volunteers dedicated to supporting charitable causes in the East Valley. Since 2000, the HoHoKams have donated more than $4,000,000 to kids’ sports organizations and other local non-profit organizations like the East Valley Veterans Parade. Sam and his beautiful wife, Victoria, now reside in Tempe, AZ. 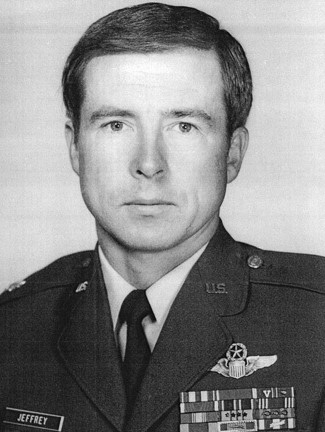 Joining us as the 2021 Air Force Representative is Lieutenant Colonel Robert “Bob” Jeffrey.  Born and raised in Los Angeles, California, Bob joined the United States Air Force as a member of the Aviation Cadet Program at the age of 21, in 1960.  He was a distinguished graduate and commissioned a 2nd Lieutenant. He was awarded his pilot wings at Reese AFB, Texas in 1961. Bob completed F-102 Fighter Interceptor training and became a member of the 509th Fighter Interceptor Squadron at Clark AB in the Philippines, where he served from January 1962 to July 1964.  His assignment in the Philippines was curtailed as he was sent to George Air Force Base, California to become a member of the 8th Tactical Fighter Wing.

In December of 1965, Bob’s Squadron was deployed to Southeast Asia at Ubon Royal Thai AFB, Thailand for combat operations in North Vietnam.

While flying a combat mission on December 20, 1965, Captain Jeffrey, after taking a direct hit, was forced to eject from his stricken F-4 Phantom II, with his parachute opening a mere 400 feet above the ground.  After enduring 2,611 days (7 years, 54 days) in captivity at the infamous Hanoi Hilton as a POW, Bob was released during Operation Homecoming on February 12, 1973.

Jeffrey returned to Sheppard AFB, Texas and entered Southern Methodist University through a USAF Institute of Technology assignment in August 1973.  Col. Jeffrey then went through Pilot Instructor Training in November 1976 and served as Operations Officer, Base Exercise Evaluation Team Chief, and Chief of the Operations Division with the 97th Flying Training Squadron of the 82nd Flying Training Wing at Williams AFB, Arizona.

In 1980, Bob retired from the Air Force to pursue an aviation career in civilian life.  Bob still flies professionally, races, and performs at airshows.

Bob and his wife, Jean, live in Chandler, AZ.